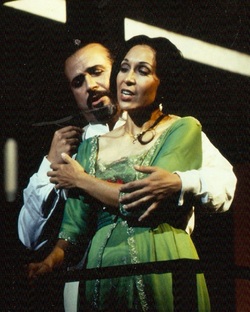 Guzmán reached international attention for her portrayal of the title role in Bizet’s Carmen. Hailed by TIME magazine as “A fire-eating singing actress, devastatingly sexy!”, the role became her signature role sung to acclaim in over 200 performances around the globe. A champion of original works, she has created and appeared in lead roles in new operas notably by Jake Heggie, Daniel Catan, Giancarlo Menotti, Ian Krouse, Tobias Picker, Deborah Dratell. Her many awards and honors for music include a Grammy nod for the 2006 Best Classical recording of Carlos Chávez: Volume III with Southwest Chamber and Mexico's Tambuco Percussion Ensemble, a Helen Hayes Award nomination for Best Actress for her portrayal of the Mother in Amahl and the Night Visitor at the Kennedy Center directed by composer Giancarlo Menotti, first place winner of San Francisco competition, Guild Opera and National finalist in the Metropolitan Opera National competition.

An advocate of Arts Education she continues to perform her one-woman show, Don’t Be Afraid; It’s Just Opera! across the United States reaching over 200,000 innercity students to date, and is widely recognized for her mentorship to California students: 2012 Hispanic Scholarship Foundation’s “Mentor of the Year Award”, 2012 Spirit of California Award from the California State Latino Legislative Caucus, 2013 Mexican American Foundation's Woman of the Year. She serves on the USC Thornton Board of Councilors, on UCLA’s Design for Sharing Board, on the Los Angeles Opera Education Committee and received her honorary Ph. D in Music from Occidental College in 2010. Host of radio and television, Ms. Guzmán served as host for the KCET television show OPEN CALL for over 145 episodes. She hosted, wrote and produced the long runningg radio show Sunday Evening Opera for over 9 seasons for K-Mozart radio. Dr. Guzman serves as the Director of Community Engagement for the L.A. County High School for the Arts. Future engagements include three-city tour with Debussy Trio with new works by composer Ian Krouse.