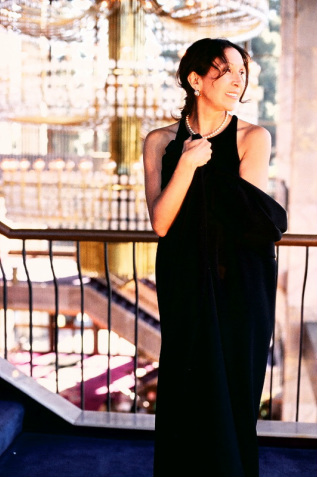 Suzanna Guzmán, mezzo-soprano, is a native of East Los Angeles and one of the original Associate Artists of Los Angeles Opera. She has appeared as a principal soloist with orchestras and opera houses around the world including the Metropolitan Opera, Washington National Opera, Dallas Opera, Opera de Genéve, San Diego Opera to name a few. She made her professional debut with Bilingual Foundation of the Arts in the musical “Wanted: Experienced Operators” starring Carmen Zapata and returns to the States following her appearance in the lead role of the Art Banker in the successful international tour of Michael Nyman’s FACING GOYA. Conducted by John Kennedy directed by Ong Keng Sen, this multi city production was performed in conjunction with the Spoleto Festival USA 2014 and the Singapore International Festival of Arts . 2015-16 season saw Ms. Guzmán in acclaimed performances of Candide as the Old Woman, Dead Man Walking, Mrs. DeRoucher with Townsend Opera, Cinderella -Fairy Godmother with the Gateway Playhouse in Bellport, NY, and the critically acclaimed, mobile opera Hopscotch as "Lucha the eldest, with the Industry L.A. directed by Yuval Sharon and music by Mark Lowenstein.

Well- known for her portrayal of the title role in Bizet’s Carmen, she ihas long been a champion of new music having created lead roles in operas by Jake Heggie, Daniel Catán, GianCarlo Menotti, Ian Krouse,Tobias Picker. Winner of awards and honors for music, she has been Grammy nominated for the 2006 Best Classical recording of Carlos Chávez: Volume III with Southwest Chamber and Tambuco Percussion Ensemble, Helen Hayes Award nominated for Best Actress,  first place winner of San Francisco Opera, Opera Guild and the national finalist in the Metropolitan Opera National competition .

An advocate of Arts Education she regularly performs her one-woman show, Don’t Be Afraid; It’s Just Opera! across the United States and is widely recognized for her mentorship to California students. Recent acknowledgements include the  2012 Hispanic Scholarship Foundation’s “Mentor of the Year Award”, 2012 Spirit of California Award from the State of California's  Latino Legislative Caucus, 2013 Mexican American Foundation award for Woman of the Year and the 2015 Lifetime Acheivement Awards from the Nederlander Organization for her work in the arts and community. She serves on the USC Thornton School of Music Board of Councilors, on UCLA’s Design for Sharing board, and received her honorary Ph. D in Music from Occidental College. Host of radio and television, Ms. Guzmán served as host for the KCET television show OPEN CALL for over 145 episodes. January 1, 2017, Dr. Guzman  stepped down from her 8 year tenure as the Director of Community Engagement for the L.A. County High School for the Arts. Her signature programs, Take Part in Art and LACHSA Lunchtimes at Grand Park served over 13,000 inner-city k-12 students annually, attending their first symphony, ballet, musical theatre concert on the LACHSA/CSULA campus through a grant from the Max H. Gluck Foundation.  Future engagements include mezzo-soloist in Beethoven's 9th Symphony with the Los Angeles Chamber Orchestra, title role of Bless me. Ultima with Opera Cultura, revival of the multi media symphonic America Troical and the 15th year anniversary production Dios Inanztin with the Latino Theater Company. December 2017..